Click to see ALL auctions
Login to make a bid

Streakin Lil Annie is a three year old Future Fortunes bred barrel prospect by Streakin Lil Wayne and out of Frenchmark Te. Started under saddle. She has a willing attitude and desires to please. The hard work has been done here. She had her wolf teeth pulled and has been with a professional roping trainer for 90 days now. She's been taken on intense trails and done great, will cross water etc. No offer to rear or buck. Enjoys baths, being spoiled, and learning. This mare meets you in the pasture. She’s great in the round pen as well. Very catty - would be good to see her go into cow work as well.
Dam (Frenchmark Te) was a 1D money earning college rodeo horse, competitive in breakaway and barrels. Her sire is a full brother to Sherry Cervis stud Dinero. Frenchmark Te is out of the great stud horse from South Dakota - PC Frenchman’s Mark 1994 Palomino 2014 World Show Qualifier
2014 Oklahoma Top Amateur AQHA
2015 Region & AQHA Champion Open Barrels, All Ages Barrels
2015 Rodeo Wins: Duncan, OK, Sterling OK, numerous checks at rodeos
2015 WPRA Finalist and avg money earner
2015 BFA 3rd Amateur Derby Finals
2016 World Show Qualifier
2015 BFA Derby Amateur Fastest Time 1st go, 3rd place short go
PC is out of Stud horse Sun Frost
1979-2007 DECEASED

Sun Frost has established a progeny record of over $2,000,000 in earnings with outstanding perfomance horses that includes 'Bozo', 1994 and 1996 WPRA World Champion and many others in roping, barrel racing, working cow horse and cutting.

Streakin Lil Annie comes with plenty (funny) personality and ease to be around. She stands wonderfully for the farrier, loves the vet, and wants to be your lifelong partner.

She will have a great money earning future there’s no doubt in my mind - as well she will produce high quality flashy babies that will go on to be successful in barrel racing. Disclaimer: She had a hock injury back in December - there is a scar on her hock, she is fully capable on it as she takes cosequin daily. Without the Cosequin it may bother her or flare up. She sells sound - Vet check at owners expense.

Take her now and train her out fully your way! The hard work has been done, now she just needs someone to show her the ropes!
Please contact Mckynsi Moore at (214)2746518 for any inquiries 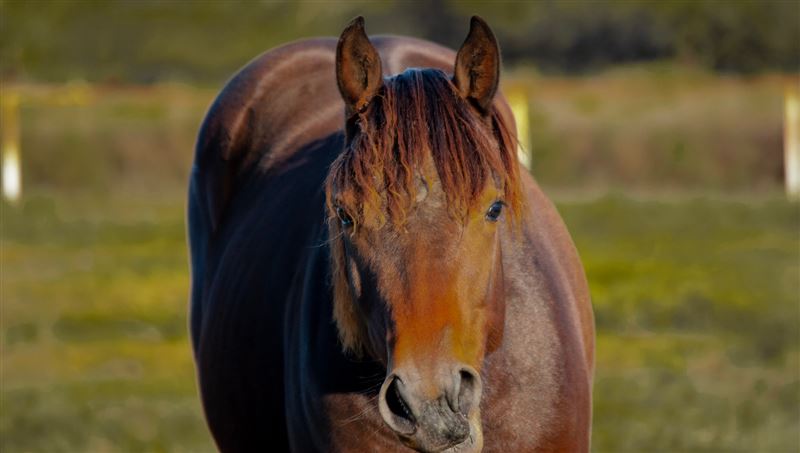 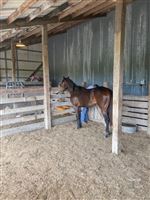 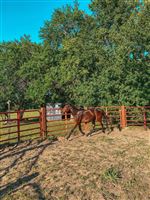 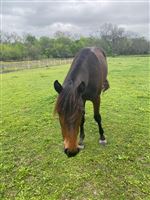