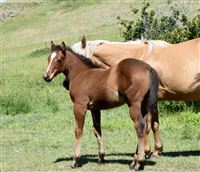 Click to see ALL auctions
Login to make a bid

By the looks of this filly, daughters of Frenchmans Shake Em crossed on Tres My Fame are going to be a good combination. This Fillies’ bottom side is chocked full of rope and barrel performers. Go Gretta Go produced 7 performers including an NRA horse of the year. Smashing Jewels was a full sister to another NRA Horse of the year, and produced one of the best rodeo mares that our late stallion PC Mr Sun Peppy ever put on the ground. Don’t overlook this one, she has the blood to do it. Vet Checks welcome at buys expense, know to be sound to the best of sellers knowledge.
TRES MY FAME is a 15.1 2012 bay son by leading race and barrel sire TRES SEIS (SI 97 $856,900 + Earnings) with offspring earnings over 23 million. TRES SEIS has undoubtedly risen to the top as a dominant sire in the barrel horse industry. Trey’s maternal line is exceptional as well, his dam FAMOUS BLUE EYES is a direct daughter of the great DASH TA FAME and is a 3X’s futurity winner with total earnings over $50,000. Her full brother Bobbie Gene won over $100,000 in barrel futurities and rodeos alone. Both are out of FLICK CAN DISCO who has four money earning offspring that have won over $200,000 respectively.
Trey is a money earner in barrels, has an extremely laid-back attitude, and was as trainable as any horse we have been around. His first foal crop is now 4 year olds and are already money earners. Feedback on his colts have been really positive and they are athletic, naturally supple, and are incredibly smart. We expect big things out of TRES MY FAME and his offspring. 2020 foals are eligible for the Glacier Chaser Classic, 5 State, Colorado Classic, Who’s Your Daddy, BBR Select Stallion Stakes, VGBRA, and Future Fortunes. 2021 foals will be eligible for Glacier Chaser Classic, Who’s Your Daddy and BBI.
FRENCHMANS SHAKE EM is 15.1 hands and is a powerful, palomino son of ROYAL SHAKE EM. “Shaker” has an exceptional pedigree and possesses the blood of some of the all-time great performance horses like STREAKIN SIX, FIRST DOWN DASH, FRENCHMANS GUY, and BOON Bar to name a few. ROYAL SHAKE EM has produced over $7 million in money earners in racing, barrels, and roping. He is quickly becoming a top broodmare sire of barrel horses as well. Haley Kinsels’ “Sister” who is a PRCA world champion and earner of well over $1,000,000 dollars is out of a Royal Shake Em daughter. Shakers’ dam FRENCHMANSFANCYFREE is a Sun Frost Granddaughter making Shaker and “Sister” closely related in blood.
Shaker was a solid 1D futurity horse in the barrels and went on to be competitive and a money earner in the open 1D format. 2018 thru 2020 has been exceptional for Shaker as a producer. His first colts are running in the futurities and other events and an amazing 90% of his colts to run are money earners at major barrel events across the country. Two have won major futurities, running stellar times of 16.9 and 17.0 times on a standard pattern respectively. ONE OF THE TRAITS THAT WE FEEL SETS SHAKER APART AS A TRULY PRODUCING STALLION IS THAT WE CAN BREED HIM TO MARES WITH VASTLY DIFFERENT PEDIGREES AND HE STILL SIRES OFFSPRING THAT ARE WINNING. We are extremely blessed to own a stallion of his caliber and for him to have sired two futurity champions at such a young age is more than we could have hoped for. He has barrel money earners in excess of 100k with very limited runners.
BUYER RESPONSIBLE FOR ALL TRANSPORTATION/HEALTH/COGGINS AND 15.00 PER DAY ROOM AND BOARD AFTER 10/26/2020
PERSONAL CHECK/MONEY ORDER OR WIRE OF PAYMENT IN FULL BEFORE FOAL IS RELEASED 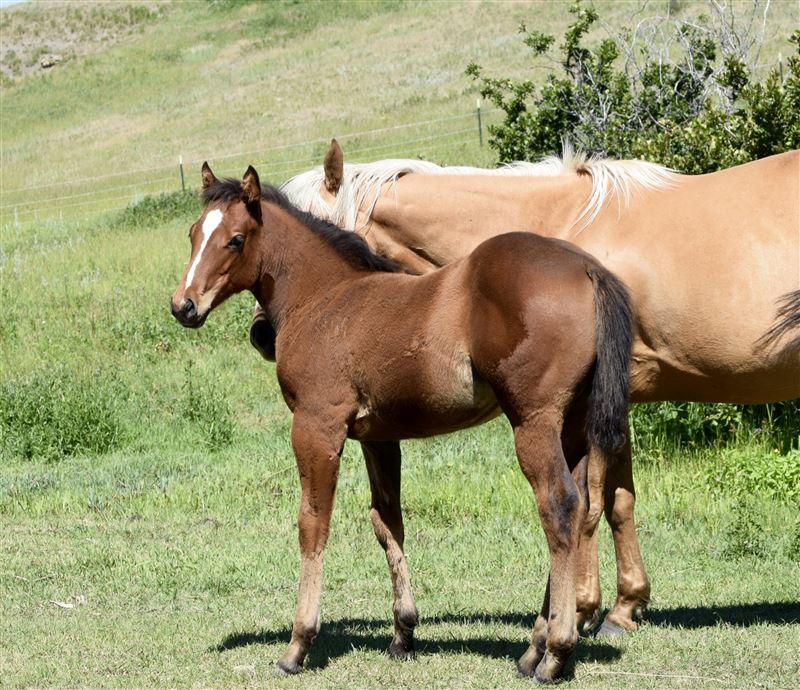