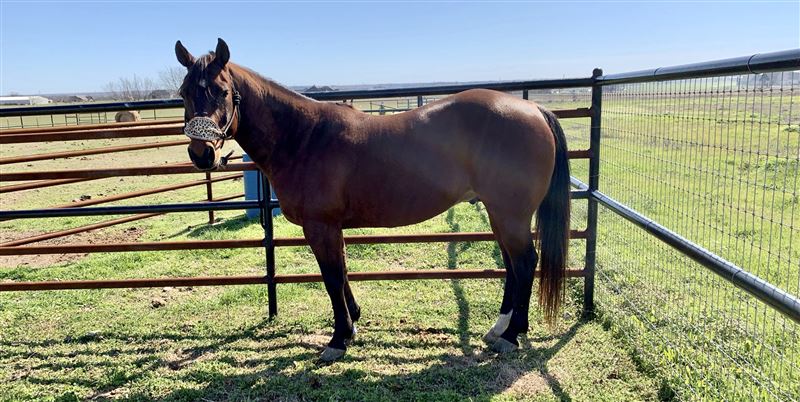 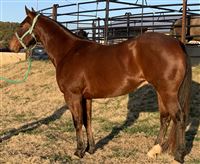 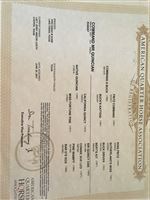 This is Trey.
I’ve had him a little over a year and can’t seem to get with him. I’ve always rode a push style horse and when I tried him I felt like that would be his style but he is definitely a free runner! I’m not athletic enough to ride those rocket ships! I bought him as my first horse back after having kids and I still haven’t entered him anywhere. But I’d say he’s a 3D horse local and 4d a super shows in TOUGH north Texas.

He is broke broke broke. Has all the buttons. Gentle enough for kids to be around of any age and if your kids a hand I’d say he’s youth suitable. He can get strong on the way out to stop though so older youth.
My friends daughter borrowed him for a series, she’s 10, just wasn’t confident to let him go all the way. He was 3D in the youth with her.

He’s not spooky or watchy, easy to catch and super sweet to be around.
I can’t think of any quirks or bad habits. He can get high headed which I know annoys some people but it’s not bad.

He’s super sound. He will pass a pre purchase. I injected his hocks just because I like to at a certain age but the vet said he wasn’t sore on them. Never had any issues with him hurting himself or anything like that.

I was told he roped both ends and was a bull dog horse for years. I don’t do any of that so don’t know if it’s true, but I bought him from a friend and I think she was honest.

I’m located in godley, Texas. About 20 min south of ft worth. Trying to get what I paid for him or I would be open to trades for a push style horse. He’s probably worth more in today’s market but I’m just ready to have one I can go enter and feel confident on!