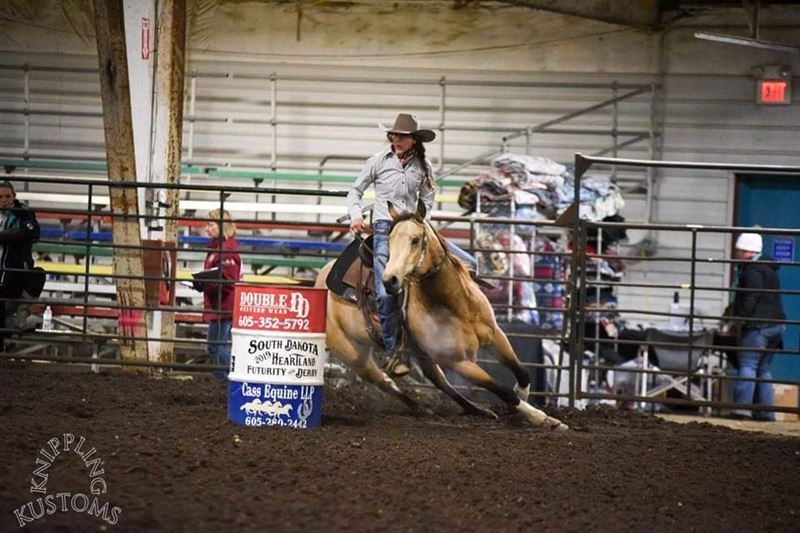 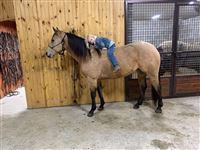 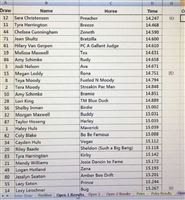 Nice, BROKE, loving and gorgeous mare. Was the fresh start futurity champion , placed in the average at dash and dance, many local 1d wins/placings. Just cruising this mare through she’s in the 2d at tough jackpots. Ran against horse like ant seen famous yet, wicked little leader etc. and being 2-3 tenths off.

Zenith needs a aggressive but quite rider, she’s got a lot of turn and is dirty quick and fast. She’s got a great handle on her flying lead changes, breaks at pole, good stops just really BROKE. Very kind mare and safe. Good to shoe, haul, clip , very pleasant to be around. I do keep her on ulcer supplement when in training and hauling. Shoes on front - good feet little flat but good. Has never been lame with me. I rode her 2-5 yr old year. Has one baby on ground (flushed her) by BHR Frenchies Socks we are starting now and he’s sooo cool. Very smart. This cross is very closely related on paper to tee it up in my Sox who won over 200,000.
https://www.allbreedpedigree.com/tee+it+up+in+my+sox

This mare needs to go be someone’s number one and I think she’s gritty enough to stand up on rodeo trash.

Zenith is by the late great Chasin Firewater, a barrel racing champion in his own right and out of BA Famous Zena( dash ta fame), futurity winner and slot race money earner with futurity winnings in excess of $30,000.

Here's what the JB Quarter Horses has to say about Chasin Firewater:

Chasin Firewater has produced money earners of more than $240,000! He has been an Equi-Stat leading sire in 2012 and 2013 with his first two crops to enter!