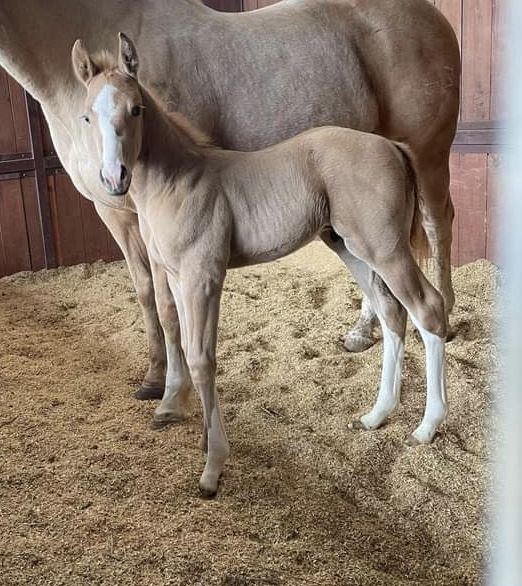 Peaches N Pie’s oldest foal is a 2017 palomino stallion by Dash Ta Fame by the name of Rocket Fire Ta Fame. He is competing this futurity season with Sharin Hall. They just recently placed 5th in the juvenile barrel futurity at PCA.

This colt is located in Poolville, Texas. He is not on a recipient mare, so he cannot leave now. It is only 20% to hold him with the rest at weaning. He is not cheap. He is in the five digit range. Please only serious inquiries and no one under 18 years of age. Please feel free to give me a call/text at 601-954-7353.