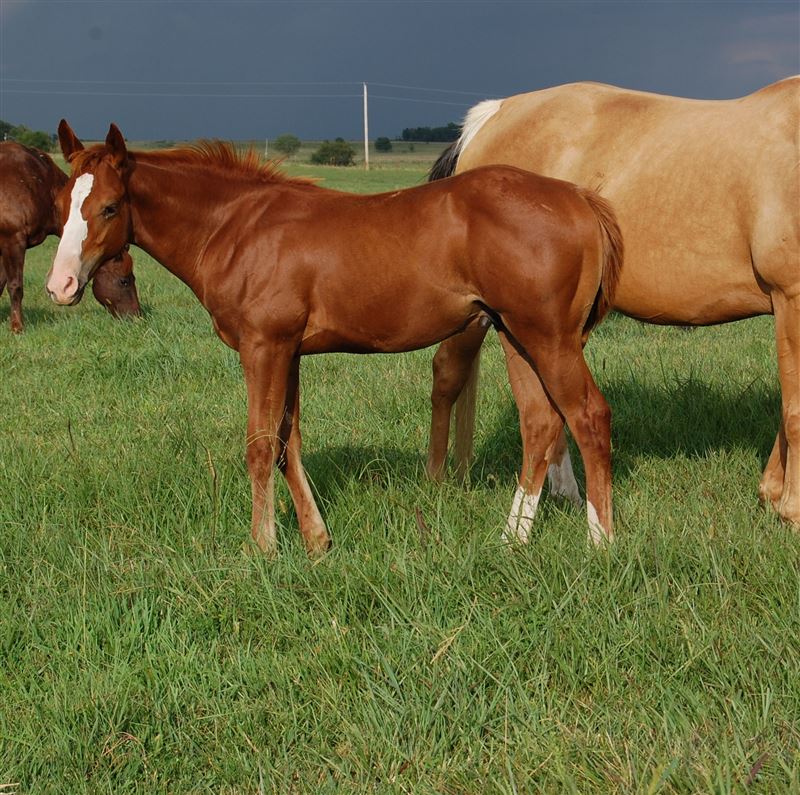 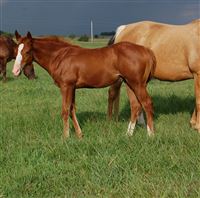 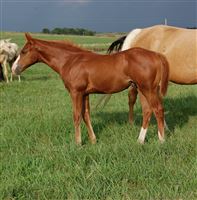 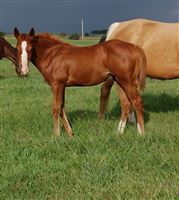 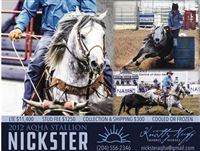 Stout, clean, powerful, athletic sorrel colt, does have some white flaking and a small coon tail. Tons of chrome, very in your hip pocket and kind. Will be weaned, halter broke and branded soon. This colt is made right, and his pedigree is STACKED!! Made to perform and last.
Incentives this colt is eligible for: Future Fortunes, VGBRA, Canadian Barrel Incentive, Western Fortunes.

Sunny C Ima Luv Bug's dam is a 1D/2D mare, who is the dam of 1D stallion Sunny Ceas A Blazin. Altho Sunny C Ima Luv Bug was only broke to ride before shattering her shoulder, we believe she will be a great producing mare for our program. This is only her 2nd foal.