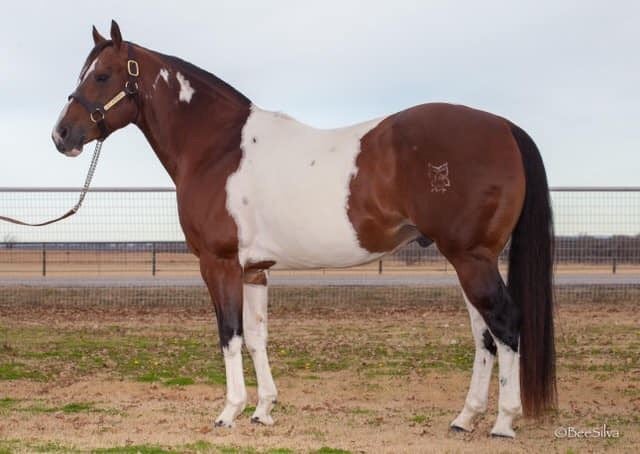 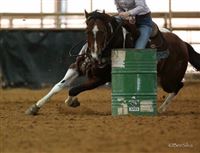 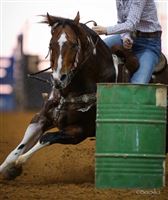 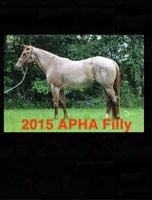 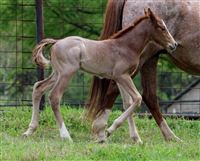 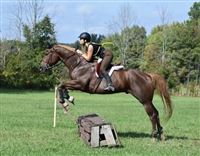 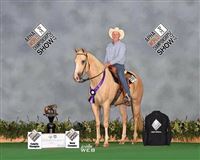 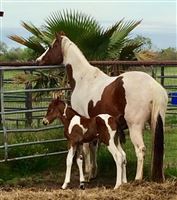 Radiographs not available ●
Description:
"Jet" is an outstanding stallion with a flawless pedigree and disposition. He is a proven 1D/2D barrel horse with limited hauling. He is also a 3 Time World Champion Producer, AA Producer on the track, as well as a Reserve World Champion Producer with only one foal crop being of performance age at this time. He stands a solid 16.2hh and seems to throw his height and beautiful head onto his offspring.

Jet Streakin is sired by Streak Laico Bird, who has a 98 SI and a win record of 17-4-5-1 earning $75,432 on the track. Not only did he run out so well himself, he also sired phenomenal race and barrel horses, including but not limited to: Red Headed Jonesy, earner of $97,000+; StreakinOnYourOwn, earner of $32,000+; Streakin Tornado, earner of $13,000+, Super Laico Bird, 2007 Houston Short Round Qualifier under June Holmann, as well as successful barrel horses: Baby Doll Streak, Cisco Kid Will Win, Streak Laico Dude, and Poncho Streak. He is also the broodmare sire of two Fort Smith Champions: Streakin Henry and Memes Streakin Dash.